Apartment for rent in Manggahan Pasig

One Bedroom Apartment for Rent in Caniogan, Pasig, Metro Manila

Caniogan, Pasig
One Bedroom 25-sqm Apartment FOR RENT inside United Glorietta Subdivision, Caniogan, Pasig City (along C. Raymundo Ave) Waze Pin: Canizares Residences LANDMARKS: Tapsi ni Vivian, Baliwag, National Bookstore, Robinsons EasyMart Our place is very accessible (5-10 minutes) walking to establishments such as bakeshops, HapChan, Jollibee, Chowking, McDonald's, Mercury, Sta. Clara de Montefalco Church and many more. It is also accessible via public transportation going to Eastwood City, Ortigas/Megamall, EDSA, Makati, BGC From Rotonda Pasig, go straight to C. Raymundo Ave, turn right on the small street in between Tapsi ni Vivian and Baliwag.  FIRST house when you enter the subdivision, brown 4 story building right after the guardhouse. The apartment is surrounded by a quiet and peaceful environment which is perfect for those who work on a night shift and are working from home. STRICTLY NO Pets and NO smoking allowed inside the property.  1-year minimum contract. Feel free to call or text us for further inquiries. NO Parking Space available.
₱ 9,700
1
Bedroom
1
Bath
25 m²
Floor area
View Info
Contact Agent

San Miguel, Pasig
Bedspace. 1 person only. Long term or short term. Minimum of 2 months. Free use of appliances, can cook, do laundry, with foam, efan etc. My condo is located in Amaia Steps Pasig. You can use the pool for free. May basketball court, children's playground etc. I will provide mineral water, unlimited internet, dish washing liquid, stove etc. I have washing machine, stove, tv and you can use them.I need 1 person. Female or lesbian only.I live in the condo pero I have 2 jobs so I am out everyday. I will clean the place and pay all bills.The place is studio type 24 sqm pero lalagyan ko ng division. So you will have privacy. I have spa products at home, like foot spa stuff that you can use for free. I do background check before you move in.
₱ 4,000
1
Bedroom
1
Bath
23 m²
Floor area
View Info
Contact Agent

Bedspace in a Condo Room Sharing All In/Fully Furnished

Room for Rent near Ortigas 4k

For Rent New Bedspace for as low as 3,600 in Kapitolyo Pasig City

Cozy ROOMS and BEDSPACES for LADIES Available for Rent in Ugong, Pasig

San Nicolas, Pasig
Male Bedspace for Rent, PasigReady for immediate occupancy.Rent: PHP 4000Inclusive of electricity and water. FREE Wi-Fi.1 month security deposit. 1 month advance rent.Location: 14 B-1 M.H. Del Pilar Street, Brgy San Nicolas, Pasig CityHow to get there:Take an FX or Jeep Pasig-Palengke. Go down at Immaculate Concepcion Church. Cross the street towards Dunkin Donuts. Go straight till you see a 2-storey blue house. Beside it is a driveway with a steel gate and cars parked inside. At the end of the driveway is a 4-door apartment.
₱ 2,800
1
Bedroom
1
Bath
View Info
Contact Agent

Bedspace for girl at Emerald Mansion

Bedspace for GIRLS only! 2900 all IN per month. Pasig - Ortigas

Condo Sharing at The Pearl Place 1 Bed Available (MALE ONLY)

Kapitolyo Room for Rent for Ladies

A City of the Past, Present, and Future 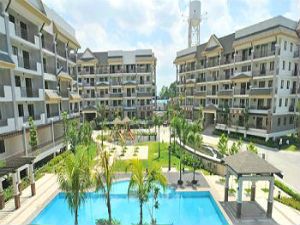 Despite being in the middle of the Philippines’ most highly developed and densely popular capital region, the city of Pasig has preserved its historical and cultural infrastructures well. Those who value these aspects of a city will enjoy living in an apartment for rent in Pasig.

Like the rest of the major locations in Metro Manila, the city is highly developed and ultramodern. It is the site of the eastern portion of Ortigas Center, which is one of the largest income generators in the country, second only to the Makati Central Business District. While the western portion of Ortigas (in Mandaluyong) holds the majority of shopping malls, the Pasig side is where most of the residential and commercial skyscrapers are located.

Aside from its cultural and urban comforts, the city is also a key center for education. The University of Asia and the Pacific, considered one of the most prestigious learning institutions in Southeast Asia, is located here. The Pasig City Science High School is one of the first science high schools in the country. The Rizal Technological University is a notable secondary and tertiary school located near a fully restored public resort and amusement park aptly named Rainforest (RAVE Rainforest Adventure Experience).

All of these desirable features make it an attractive destination to live in, whether through buying a house to settle down in or seeking an apartment for rent in Pasig.

Easy Accessibility: How to Get To An Apartment for Rent in Pasig

Pasig is one of the most accessible cities in Metro Manila. There are several major roads that serve the area, namely:

Buses, taxis, tricycles, and jeepneys routinely ply these routes, so those headed to Pasig will never have any shortage of options for transportation alternatives.

Moreover, the city can be accessed via water transportation by way of the Pasig River Ferry Service. There are seven ferry stations in Pasig that one can dock at, such as:

One can also get to an apartment for rent in Pasig via the Metro Rail Transit (MRT) and Manila Light Rail Transit (LRT) systems, specifically the Ortigas Avenue (MRT - Line 3) and Santolan (LRT - Line 2) stations.

Apartment for Rent: Pasig Is the Place to Be 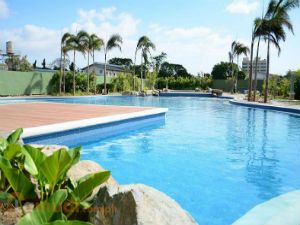 Like other cosmopolitan places in Metro Manila, choosing an apartment for rent in Pasig City is one of the better ways to fully experience city life. The choices in the market are as varied as the city is diverse, making it relatively easy to find the most suitable property for your needs.

The following are popular areas for an apartment for rent in Pasig City:

Renting is a financially practical way to live in Metro Manila, particularly when one’s needs change quickly because of the fast pace of life in the capital. It is more affordable and the maintenance costs are lower compared to owning a house. An apartment in Pasig is also likely more strategically located than houses, as it is commonly situated in or around commercial areas. Some even offer amenities that are comparable to those of high-rise condominiums.

Are there any bedspace apartments for rent in Pasig?

Yes, you can find bedspace apartments for rent in Pasig. Bed spacing in Pasig is an affordable way to stay in one of the most desirable places to live in Metro Manila.

Are there any affordable apartments for rent in Pasig below 10k?

Yes, you can find affordable apartments for rent in Pasig below 10k. You don’t need to burn a hole through your pocket to live in Pasig.

Are there any apartments for rent in Pasig near Medical City?

Yes, there are apartments for rent in Pasig near Medical City. If you work in Medical City, or if you simply want to be close to a premier healthcare facility, then these apartments are ideal for your situation.

Find Other Properties in Pasig