Apartment for Rent in Quezon City

Mariana, Quezon City
Love grows in small spaces. This one-bedroom, with a front patio where you can entertain friends in the open, is just right for couples starting out. It's part of a secure family compound along a tree-lined street in a genteel neighborhood--better than a sealed concrete, glass and steel high rise where strangers come and go in these pandemic times. Start your day with birdsong and hymns of praise from the church and the convent next door. Walkable to Robinson's Magnolia, the Immaculate Conception Cathedral, the Kamuning Market and even the Morato restaurant row. The Betty Go Belmonte LRT and E. Rodriguez Sr. jeep lines are equidistant. Strategically located to Quezon City's best offerings, without the urban congestion.
₱ 15,000
1
Bedroom
1
Bath
45 m²
Floor area
View Info
Contact Agent

Pasong Tamo, Quezon City
This is a apartment in a quiet family compound. This 2 bedroom unit/s are finished with tiles and concrete with built in cabinets. It's one ride from SM North Edsa, the place is very ideal for family and professionals, or couples.We are near in Visayas Ave and Tandang Sora Palengke, Savemore, Robinsons Supermarket and Puregold are accessible. Himlayan road is the main road, and very near to St. Anthony Academy of Quezon City.Available internet services, Globe, PLDT, SkyFiber, and more.
₱ 9,000
2
Bedrooms
1
Bath
45 m²
Floor area
View Info
Contact Agent

Studio Unit Project 7, Quezon City Near Back of Waltermart North Edsa for rent

Room near UP Technohub for Rent, Q.C

Up and Down Apartment for Rent at Fairmont Park

Room for rent in Quezon City

Aircon Room with WIFI for rent to Lady Bedspacers in Novaliches

Nagkaisang Nayon, Quezon City
Bedspace (for ladies) with wifi for rent at 2nd floor or 3rd floor at Php 1500/bed/month. Pay only advance rent to move in NOW. No deposit needed. Rate is inclusive of water and electricity. You may personally handwash (laundry) your clothes for a minimum fee of 150 per month. Room is furnished with bed and foam mattress, pillow and pillow case, wooden cabinet with lock. Please send text message to Rowena or Celia at for further inquiries and directions.
₱ 1,500
2
Bedrooms
2
Baths
35 m²
Floor area
View Info
Contact Agent

No Deposit Bedspace in Cubao Girls only

One Bedroom unit for Rent in Project 7, QC

A Large City with Many Facets 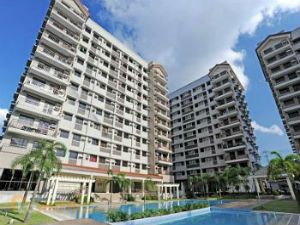 Quezon City is a large place - 166.2 square kilometers to be exact. It is divided into six districts, which in turn is subdivided into a total of 142 barangays. A multifaceted city, each district exudes its own vibe that makes it distinct from the other. You’re bound to find the perfect apartment for rent in QC that suits your budget and preferences.

As the largest city in Metro Manila, Quezon City, or simply colloquially referred to as “QC”, is not left wanting in lifestyle and residential locations. It is these types of arrangements that make living in an apartment for rent in Quezon City one of the better living arrangements in the Philippines, as key areas are relatively near one’s residence.

How to Get to Quezon City

As the most populous city in Metro Manila, there are several transportation options available in Quezon City. When you look at the streets, you will see constant foot traffic from students, commuters, and professionals. You have the choice to ride the bus, LRT, MRT, taxi, or jeepney to get around. Quezon City is approximately 14 kilometers away from Manila and it will likely take you 22 minutes to reach your destination when driving a private car and passing by Quezon Avenue. You can also opt to ride the bus for around PhP 50 to PhP 75 or a taxi which costs PhP 190 to PhP 230. Living in an apartment for rent in Quezon City ensures that you have easy access to different modes of transportation at your convenience.

Apartment for Rent: Quezon City as Your Address 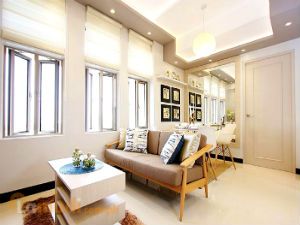 An apartment for rent in Quezon City is one of the best ways to experience the city if one is new to the area or unsure of how long they will be staying. The city’s many residential areas abound with flats for every budget.

Quezon City is a large place, and arguably less hampered by space constraints than other cities in the Metro like Makati or Mandaluyong. As a result, the option is not only a studio-type apartment for rent in Quezon City to save money. An apartment for rent in QC can provide almost as much indoor space as a modest house yet still have the conveniences of a high-rise condominium.

Find Other Properties in Quezon City