House and lot For Rent in Pampanga

Brandnew Fully Furnished House for Rent Locacte in a Secured Subd. Near Clark

Furnished Modern House and Lot For Rent With 4 Bedrooms Near Clark, Angeles City

5 Bedroom House for Rent with Pool Located In Angeles !!!

5 Bedrooms House and Lot with Swimming Pool For Rent in Anunas, Angeles City

8 Bedrooms House with Pool For Rent in Angeles City Pampanga

House for rent with garden at Timog Hills Angeles, Pampanga

Townhouse For Rent located in near Clark in Malabanias, Angeles

4 Bedroom House and Lot For Rent in Cutcut, Angeles

House and Lot for rent Located near Korean Town near Clark, Angeles, Pampanga

3 Bedroom Townhouse for Rent located near Clark in Malabanias, Angeles

House and Lot For Rent with 4 Bedrooms in Cutcut, Angeles

3 Bedroom Bungalow House for Rent Located in a Gated Subd. Near SM Telabastagan

Fully Furnished 4 Bedroom House and Lot with pool For Rent!!

5 Bedroom House for Rent in Amsic near Clark in Amsic, Angeles

House and Lot with Pool in Angeles City for Rent!

Semi Mansion House in Angeles near Clark for Lease

A Province of Food Delights and Worthy Investments 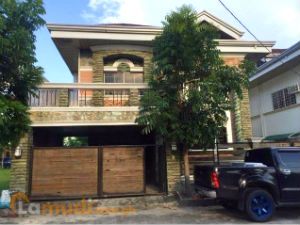 Dubbed as the Culinary Capital of the Philippines, Pampanga, a province located in Central Luzon, is blessed with colorful history and culture. The name Pampanga was derived from the word “Pampang,” which means river-bank. Pampanga is considered the first Spanish province in the country in 1571. Consequently, the influences of the Spanish occupation contributed greatly to the progress of the province.

Pampanga’s reputation as a foodie destination was earned a long time ago and can be traced back to the Spanish era. Its rich culinary history and expertise was then passed on from generation to generation.

Now, the province is frequently visited by local and international chefs and foodies. Homegrown modern-day cooks get their inspiration from dishes that are native to Pampanga, while foreign chefs and global food shows go to the province to feature the amazing gastronomic journey that can be had in Pampanga. There is probably no better way to experience Pampanga’s rich culinary culture and traditions than to actually live in the province. In this department, Pampanga has plenty to offer.

More and more families, businessmen, expats, and retirees have chosen to relocate to Pampanga. Apart from its wealthy heritage, the province is now considered a rising commercial hub. The exciting mix of culture and modern advancements makes the province a viable alternative to Metro Manila.

The residential real estate market offers plenty of housing options in the form of condos, apartments, and most especially houses for rent in Pampanga. Rental properties are found in the province’s major cities and municipalities, including Angeles, San Fernando, Porac, and Mabalacat, among many others. 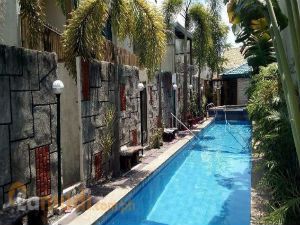 Angeles City is perhaps the best place to find a house for rent in Pampanga. As the province’s most important urban center, Angeles is home to many subdivisions and gated communities, all of which offer homes that fit virtually any type of budget. Three-bedroom houses near Clark Freeport Zone range from PhP 35,000 to PhP 45,000 in rental fees per month. Three to nine-bedroom houses for rent inside high-end subdivisions in Angeles City have a monthly fee of PhP 75,000 to PhP 200,000. These lavish houses for rent in Pampanga sport modern and contemporary designs. They make ideal homes for prominent families seeking comfort away from the hustle and bustle of the metro while still having access to the comforts of the urban setting.

Over at San Fernando, houses for rent are also in abundance. One example is a house located in Barangay Telabastagan with four bedrooms, four bathrooms, and a garage large enough to fit two cars. This brand new, furnished property is currently listed for PhP 60,000 per month. More affordable houses and lots for rent in Pampanga are also available, such as another property also located in Barangay Bulaon, which has three bedrooms, one bathroom, and is listed for PHP 17,900 per month.

Angeles and San Fernando are just two places where a house for rent in Pampanga can be found. Being a province with three cities and 19 municipalities, property-hunters with different budgets and requirements are sure to find the perfect home..

Find Other Properties in Pampanga