House and lot For Rent in Bulacan

House for Rent in Francisco Homes-Narra

Rent to Own Calista MID – Townhouse Inner in Pandi, Bulacan

2 Bedroom Townhouse (Furnished) in the heart of Baliuag Bulacan

Elegant 4 Bedroom House with 3 Bathroom with Winebar and Terrace

House near to Swimming Pool and ClubHouse

Patricia May Baliguat
MEMBER SINCE 2021
18

23.9km
Kaytitinga III, Alfonso
An L shaped House, with a view of a pool from the glass structures.This villa caters to 15 pax, a perfect staycation and get together venue for family, friends and team buildings.3 bedrooms, 4 BathroomsEvery bedroom has 2 queen size beds, with A/C, with own bathroom and hot and cold shower.Complete kitchen appliances, inside the indoor kitchenCooking area is in the outdoor kitchen. ( with an outdoor griller )Inclusions :LCD TVPrivate Swimming PoolFree Use of Karaoke, wifi access
Contact agent for price
3
Bedrooms
115 m²
Floor area
330 m²
Land Size
View Info
Contact Agent

Patricia May Baliguat
MEMBER SINCE 2021
22

Patricia May Baliguat
MEMBER SINCE 2021
6

3 Bedrooms house for rent in Quezon City at Geneva Garden

Get Away from the Hustle and Bustle of Metro Manila 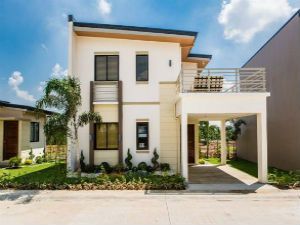 Do you love the relaxing ambiance and more affordable cost of provincial life, but just cannot seem to let go of the conveniences found in Metro Manila? Why not have the best both of worlds? If you are planning on renting a house within the National Capital Region (NCR), why not opt to rent on its outskirts instead? There are many provinces nearby, such as Bulacan.

Why Live in Bulacan?

Called the “Northern Gateway from Manila,” the province of Bulacan is where the Philippine–Japan Friendship Highway splits to various thoroughfares leading to the north, northeast, and northwest areas of Luzon. Its cities and major towns are accessible through the North Luzon Expressway (NLEX). Its accessibility and strategic location are among the factors that drew private investors to build industrial and residential real estate in the province.

With the major roads traversing the province from north to south, and the main bus lines passing through, the people of this province are just a stone’s throw away from the prestigious universities, tertiary hospitals and healthcare providers, national government offices, and high-end shopping malls in Metro Manila. By opting for a house for rent in Bulacan, you get to enjoy proximity to the Metro without depriving yourself of the quality of life only those who live in the province get to experience.

Where to Get a House for Rent: Bulacan & Its Cities

With around 14 percent of Central Luzon’s land area, the province of Bulacan has three component cities and 21 municipalities. The capital of the province is Malolos City, while its biggest municipality in terms of land area is Doña Remedios Trinidad. Since the province is now one of the country’s top investment destinations, houses for rent in Bulacan are plenty. Your city of choice should mainly depend on your personal preferences and of your reasons for choosing the province, be it for business, job opportunities, or its proximity to NCR. 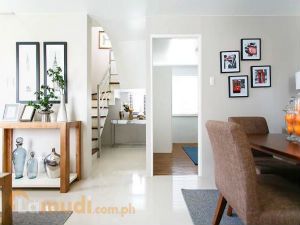 If the idea of residing next to or near quaint houses and buildings attracts you, you should consider a house in the city of Malolos. Being the capital of the short-lived First Philippine Republic, the city is now home to a lot of picturesque ancestral houses and heritage sites and structures, including the famous Barasoain Church. This city is now becoming a haven for businesses and investments, so job opportunities are never scarce. It is also home to several universities like the Bulacan State University and Centro Escolar University. Majority of its populace speak Tagalog.

Bounded by Valenzuela to the south and the northern part of Caloocan to the east, Meycauayan is one of the municipalities in the province that are nearest to the Metro. If you want a house for rent in Bulacan that is near NCR, you may want to consider the houses in this municipality. If you are also into making fine jewelry making and leather products, you might find a good business or job opportunity in this town. The houses for rent in this city are offered for about PhP 15,000 a month. On average, residential properties for rent in Bulacan are relatively affordable and ideal even for minimum wage earners. Rental homes are expected to have a monthly cost ranging from PhP 5,500 to PhP 68,000.

Malolos and Meycauayan are just two Bulacan locations where value-for-money rental homes stand true. Other municipalities include San Jose del Monte, which is close to Caloocan and Quezon City; Obando, the site of a colorful annual fertility festival; and Santa Maria, home to the world’s largest indoor arena. One thing is for sure: whichever city or municipality you choose, a great house for rent in Bulacan that suits your budget and preference can be easily found.

Find Other Properties in Bulacan