Condo For Rent in Cebu

Camputhaw, Cebu
A clean and chic One Bedroom Unit complete with furnitures and appliances located in Cebu Business Park with size around 67 Square meter in Floor area. Other Details: •The building is just right across Ayala Center Cebu, about 80 meter walk. •The building is close to big establishments such as banks (atms), restaurants, offices •It is accessible via Jeepney and Taxis •Convenient for Businessmen and/or professionals within 3-7KM drive. •The Unit comes with One Parking Space •The price is a little bit negotiable •The Condo is within the secured premises of Quest Hotel The Property's regular rental rate is 50,000 Pesos. For the Lease to Own term, rate is different as it is a special term. For more details about the property, you may contact us by clicking the "Contact Agent" Button.
₱ 50,000
1
Bedroom
1
Bath
67 m²
Floor area
View Info
Contact Agent

Punta Engaño, Lapu-Lapu
Spend your days gazing at spectacular ocean views. At night, enjoy the stars or the city lights of Cebu and islands beyond. Relax in the serenity of your own private haven and indulge in your favorite watersports. This is surely the place where you can kick off your shoes, brush off life's formalities and enjoy the simple pleasure of being surrounded by sun, sea and sky. A unique resort-style design condo-apartment of 160 sqm that can comfortably sleeps 4 persons. Fully furnished with DEDON furniture’s, a modern fully equipped kitchen, 2 generous bedrooms and 2 bathrooms. The place does not only offer you a quiet and relaxed luxury living, it also eliminates the boundaries between living in and outdoors. Calm, Serene, Quiet, Secured and distant from the bustle of the city. The very generous balcony of 120 sqm, equipped with a large dining area and a cozy lounging area, sits on 2 sides of the apartment with a breathtaking 180°-degree view over the ocean and the tip of the island – a scene you would not want to miss out, especially the magical morning sunsets. Located at the northeastern tip of Mactan Island, and a convenient 15-minute drive from the Mactan Cebu International Airport. A mixed of international restaurants and grocery are within 10 minutes away, with the brand new Mactan Newtown Mall. Most international luxury hotels (Abacca, Shangri- la, Dusit Thani, Mövenpick, ...) are located within 5 minutes and offer great dining and beach experiences. Cebu City – which is connected by two bridges to Mactan – is only a 30-minute drive away and the second largest city in the Philippines. The village boast of the following amenities: • Parking • Club House with Pool Bar • 2 Fresh water pools • 1 Fresh water pool for children • 1 Saltwater pool • Lockers room • Slipway for boats and other water sports • Lavish Park & Gardens • 24-hour Security Coral Point Monthly Association Dues : around P10,000/month. Available from January 2022.
₱ 90,000
2
Bedrooms
180 m²
Floor area
View Info
Contact Agent

Lahug, Cebu
32 Sanson Condominium  Located Lahug Cebu City near I.T Park Cebu Studio 33 sqm. for rent Fully furnished unit 5th floor facing forest view 25,000 per month Exclusive condo dues and utilities bill Minimum 1 year contract 2 months deposit  2 months advance  About 32 Sanson 32 Sanson by Rockwell Land Corporation is a prime condominium development that brings together the beauty of nature and accessibility of city life to future residents. The 3.2 hectare offers future residents a community that seamlessly blends Cebu City's vibrant  energy with the privacy and exclusivity offered by a low-density residence.  32 Sanson in Lahug, Cebu is complete with a charming set of amenities designed to cater every resident's need. Why 32 Sanson is a perfect choice for you Purchasing a home for sale in 32 Sanson is ideal for those who want a quiet retreat from the city without giving up convenient access to top business and commercial centers. This scenic community is lined with artfully landscaped greenery, bringing immediate respite from all the noise and motion of the city outside. 32 Sanson by Rockwell Land Corporation houses a total of four low-rise buildings totalling to just 388 units. There are one-bedroom, two-bedroom, and three-bedroom offerings that range from 33 to 160 square meters, giving choices for residents who have a specific budget or unit size in mind. Surrounded by calming plant-life and gorgeous design and architecture, 32 Sanson in Lahug, Cebu has everything you want at a fair price. Contact us for viewing
₱ 25,000
1
Bedroom
1
Bath
33 m²
Floor area
View Info
Contact Agent

Banawa, Cebu
Very nice Studio-Unit in the Heart of Cebu is waiting for you. We combine high quality living, fresh air and a perfect approach to your needs: Restaurants, Hospitals, Business- and IT-Park, Cebu Hot spots just few minutes to ride. The condo is brand-new furnished. We offer a roof pool, gym, laundry service in a pretty gated community. For short rides you even can order a free shuttle bus and more. Our relaxing zone will give you an amazing overlooking: Downtown, Mactan Island as well as mountain view. This offer includes also a basement parking lot. The condo is good for two person and comes with all appliances you need. We can accomodate also weekly and monthly basis. Just try it!
₱ 18,000
1
Bedroom
1
Bath
26 m²
Floor area
View Info
Contact Agent

1BR Condo for Rent in One Manchester Place, Mactan, Cebu

2 bedroom overlooking condo in IT Park

North Reclamation Area, Cebu
Hello! I am renting out a condo unit in San Marino Condo near SM. The unit is 22 square meter and it is fully furnished. The rent per month is 18,000 Peso rent per month. If you have any question please do not hesitate to write me email
₱ 17,000
1
Bedroom
1
Bath
22 m²
Floor area
View Info
Contact Agent

A Multitude of Options 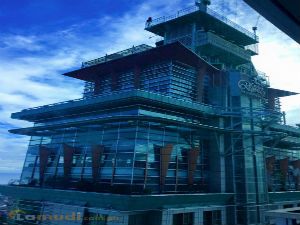 The province of Cebu is situated on Cebu Island and more than a dozen other smaller islands in the Central Visayas region of the Philippines. The majority of the province’s land is rural and filled with mountains and forests. These rural areas of balanced by the major urbanized cities of the Metro Cebu area. In terms of finding a condo for rent, Cebu has many options.

Naturally, the most well-known and popular cities are where you can find a condo for rent or even a “rent to own” condo in Cebu. These are mostly in the Metro area. The major cities that make up the Metro area are Cebu City, Mandaue City, and Lapu-Lapu City, which are all independent not administered by the province. Major historical and cultural landmarks like Magellan’s Cross and the Mactan Shrine are found in these cities.

Outside the independent cities, many of the major areas to find a condo for rent in Cebu are located in the six component cities of the province: Danao, Talisay, Toledo, Bogo, Carcar and Naga. Other areas to find condominiums are in the province’s municipalities, including Minglanilla and Consolacion.

Find a Cebu Condo for Rent 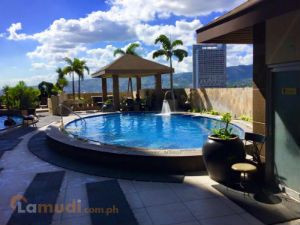 Many of Cebu’s 44 municipalities are well-known for their tourism, especially those along the coast near the island’s beaches. They are also increasingly becoming more urban and residential. Getting to and from the Metro area is easy by car via the national highway system. Local transport includes local taxis, jeepneys, and tricycles. The following is a list of some of the more popular municipalities.

Compostela (pop. ~42,000) - a largely agricultural municipality with growing urban residential areas near the coast, such as the Summer Hills subdivision.

San Fernando (pop. ~60,000) - with a good mix of industrial and residential areas, San Fernando is only 28 kilometers away from the center of Metro Cebu, Cebu City. It is home to many resorts and the annual Sikoy-Sikoy festival.

Consolacion (pop. ~106,000) - closer to Mandaue and Compostela, but still close to Cebu City, Consolacion is projected by experts to become a major urban residential area. It is an ideal place to rent a condominium.

Minglanilla (pop. ~113,000) - an ideal location to rent a condo because it is well-connected to the metro cities of Talisay and Cebu. It is also home to the popular Sugat-Kabanhawan festival on Easter Sunday.

Find Other Properties in Cebu