San Antonio, Parañaque
This property is a three-door apartment located along Apo St. in Justina Village in Brgy. San Isidro, Paranaque. It is located about 500 meters away from Dr. A. Santos Ave. (Sucat Road) and 2.5 km from SM City BF Homes. Each unit has two bedrooms, one bathroom, and a garage (60 sqm).
₱ 9,620,000
6
Bedrooms
3
Baths
300 m²
Floor area
View Info
Contact Agent

2 Storey Plus Roofdeck Duplex for sale

San Isidro, Parañaque
✔Exclusive Subdivision✔ 24-hour Security✔Upper middle class neighborhood✔Active Income of 40k/month per Apartment (This is the true meaning of a GOOD INVESTMENT if I may say)✔AIRPORT 10 minutes away ( YOU can NEVER be late for your next flight)✔Schools Nearby (PATTS College of Aeronautics, St. Paul College of Paranaque, Ann Arbor, Southville International School, Elizabeth Seton ALL RENOWNED SCHOOLS FOR ITS EXCELLENCE✔Malls and Marketplaces (Waltermart BESIDE the subd., SM SUCAT, SM HYPERMART, SM BF, PUREGOLDWhat more can you wish for?You are in the middle of the city but enjoying the exclusivity of a suburban neighborhood. Plus! Less air and noise pollution guaranteed.
₱ 11,900,000
4
Bedrooms
4
Baths
300 m²
Floor area
View Info
Contact Agent

House and Lot for Sale

Don Bosco, Parañaque
HOUSE AND LOT FOR SALE! Renovated and partitioned as apartment Just a little paint for the facade and unit is all good Price is 10M Still Negotiable up to 9M No of Floors: 3 Lot Area: 147sqm Floor Area: 130sqm Total Floor Area: 390sqm Total#of Units: 6 All units have their own CR and submeters. Monthly Income: 40k-50k Flood Free and with a good view at the 3rd floor Accessible to SLEX and Cavitex. Accessible to Malls and Airport. Nearest to private and public schools Located in a subdivision that has 24/7 security through CCTVs and Roaming Guards. with a clean title. Location: Paranaque RFS: Needs urgent cash
₱ 10,000,000
10
Bedrooms
6
Baths
130 m²
Floor area
View Info
Contact Agent

Apartment for Sale near Aseana City, Baclaran in Baclaran, Parañaque

For Sale: Residential Building in Parañaque

Parañaque
3-STOREY BUILDING FOR SALE Lot Area: 183 SQM Floor Area: 400 SQM Bedroom: 16 Bathroom: 17 Parking: 4 A 16-Bedroom Apartment Building ideal to earn passive income! A 3-Storey development with airy corridors, each room features a tall ceiling height allowing you to convert it to a loft-style room. Comes with provision for ACU, kitchen sink, toilet and bath and finished with white painted walls and tiles, for easy maintenance. Sitting on a 183 sqm. lot area, this complex has a total of 400 sqm floor area, but can be upgraded for a 4-storey building! Total of 3-4 parking slots, with washer and dryer area at the back end of the property. Located in the urban area of Parañaque with easy access to its bounded cities such as Makati, Taguig and Pasay City. Apartment property for sale in , Parañaque, Metro Manila
₱ 55,000,000
16
Bedrooms
17
Baths
400 m²
Floor area
View Info
Contact Agent

An Exciting Time to Invest in the City 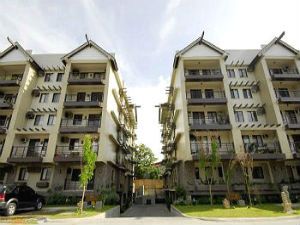 The last 10 years was quite exciting for Parañaque, a city within Metro Manila that is home to almost 600,000 residents. Since the early 2000s, the city was witness to the expansion of its commercial and retail real estate sector. The city is now home to several huge shopping malls, including SM City Sucat, SM City Bicutan, and SM City BF Parañaque. In the last two years, it has also seen the opening of billion-dollar integrated resorts - Solaire Resort & Casino and the City of Dreams Manila. Two more of such developments are slated to open in 2016.

For a long time, the city has been known as a popular suburban residential location south of Makati. Within the city, one can find numerous gated communities and subdivisions, such as:

The city is divided into two congressional districts. Each is comprised of eight barangays, but this is mostly for legislative purposes as most long-time residences identify their address with their subdivision instead.

This keenness towards establishing residence in the city is quite profound as a good number of the business and commercial developments are made to be within, or in close proximity to, particular neighborhoods.

Apartment for Sale in Paranaque City

Aside from houses in subdivisions and gated communities, apartments for rent and for sale are gaining popularity amongst the home buyers in Parañaque. The city’s huge size means there are plenty of options suitable for any budget.

Most of these properties are found in the areas close to the South Luzon Expressway, such as Sucat and Bicutan. The most sough-after properties include the Avilion Gardens in Better Living, and Palm Grove and Raya Gardens developed by DMCI Homes. Units in these estates can range from PHP 2 million to PHP 10 million.

For high-rise apartments for sale, one can opt for the Azure Urban Resort Residences just opposite SM City Bicutan. It is a well-publicized development that boasts of six resort-themed towers and a man-made beach. Numerous mid-rise estates are also under construction in Parañaque. Take note of Sienna Park Residences, Asteria Residences, and Arista Place also by DMCI Homes and Amaia Steps and Avida Towers in Sucat. These apartment units range from PHP 1.9 million to PHP 5 million.

Flats are becoming one of the most preferred types of residence in Metro Manila. Living in an apartment in Parañaque provides reasonable proximity to important commercial and financial areas in the city. Similar to a subdivision, it also provides a particular sense of community.

Find Other Properties in Parañaque