Pineda, Pasig
A large Apartment Property with a lot area of 1,008 sqm is now for sale. in Pasig. Located in a strategic community that is a few minutes away from the Ortigas CBD, Eastwood, and the Bonifacio Global City, this property is loaded with lots of potential. The property is located in a strategic area near the BGC -Ortigas Connector Bridge that makes it closer to not just BGC but to the. Makati CBD as well. Contact me for more information.
₱ 80,000,000
20
Bedrooms
2016 m²
Floor area
View Info
Contact Agent

For Sale: Warehouse with Office & Apartments Inside in Pasig City

San Miguel, Pasig
WAREHOUSE FOR SALE(ideal for big businesses, manufacturers, suppliers)-with 9 apartment inside (can use for leasing or staff house or other businesses)-with 2 offices inside-with its own canteenWe can send photos by request, for viewing and inquiries please contact us ASAP so we can discuss
₱ 333,750,000
1
Bedroom
2844 m²
Floor area
View Info
Contact Agent

House and bldg with apartment units for sale

Santa Lucia, Pasig
Category: Residential Apartment Building Location: Sta. Lucia, Pasig City Titled or Tax Dec: Titled Lot Area: 469 sqm No. of Units: 10 Parking Slot: 4 Total Selling Price: Php 23,000,000 Other details: -5 units apartment with common garage (3 Car parking space 1 unit with its own parking)  -4 units are 2-storey with roof decks - each has 2 bedrooms and 2 bathrooms  -1 Studio type unit -All units currently rented out. -1 unit with its own garage rents for 16.5K -Units 2 and 4 - 14K -Unit 3 - 13.5K -Studio rents for 7.5K/month GET TO KNOW MORE ABOUT PASIG Pasig City is a large district with a mix of offices and upscale housing, popular for mall complexes in and around the Ortigas Center area. Hip eateries serving modern Filipino fare cluster in Kapitolyo village, and parks like Greenfield District host weekend markets with local food and crafts. Cultural sites include the Pasig City Museum, exploring local history, and the stone Immaculate Conception Cathedral. Elevation The city center of Pasig is situated at approximately 14° 34' North, 121° 5' East, in the island of Luzon. Elevation at these coordinates is estimated at 9.0 meters or 29.5 feet above mean sea level. Distance from Manila 10.95 kilometers (6.80 miles) to the West-Northwest (N72°W) For more details and viewing schedule, please call us: Nel Realty
₱ 23,000,000
10
Bedrooms
View Info
Contact Agent

Santa Lucia, Pasig
DE CASTRO SUBDIVISION Lot Area: 319 SQM Floor Area: 469 SQM Bedroom: 5 Bathroom: 5 Parking: 3 Own a 3 storey residential building situated in less than an hour away to primary locations in Metro Manila This apartment has 5 units with 3 common garages. Units 1 to 4 have 2 floors with a roof deck that has 2 bedrooms and 2 bathrooms each. Unit 5 is a studio-type apartment Less than 20 minutes to Ortigas, Greenhills, and Cubao and 20 minutes drive to Makati and BGC, Taguig With easy access to public transportation and nearby essential establishments such as schools, hospitals, and markets. This income-generating property is perfect if you’re looking for a good and stable investment! Price: Php 22,500,000 Apartment property for sale in Santa Lucia, Pasig, Metro Manila
₱ 22,500,000
5
Bedrooms
5
Baths
469 m²
Floor area
View Info
Contact Agent

A Young But Highly Developed City 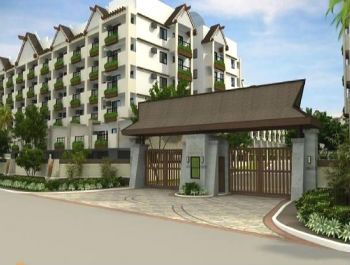 Although Pasig was only officially recognized as a city in December 1994, the former rural settlement has in the past two decades continued to earn its reputation as a great industrial and residential location. This city has emerged as a key commercial and economic center in the Philippines.

In spite of its continuous modernization, the city remains home to numerous landmarks, reflective of the different eras in Philippine history. The Immaculate Conception Cathedral, built in 1575 during the Spanish period, is the oldest edifice in the city.  The Pasig City Museum was at one time used as headquarters to Japanese forces. The MERALCO Building is an attestation to the modern-day city, and has been venue to several political movements.

Your Next Residential Location

Pasig is a highly desired residential location because it is the geographical center of Metro Manila. It serves as the midpoint between major northern areas of the capital - Quezon City, Marikina - and major southern areas of the Metro - Makati, Taguig. Residents have numerous ways to get in and out of the city, and everything one could need is readily available within its own confines as well.

Perhaps what makes the city most important is that it is the eastern portion of Ortigas Center, the second most lucrative business district in the country. Major local and international companies are based here, as well as some of the most popular lifestyle and shopping complexes in the country. 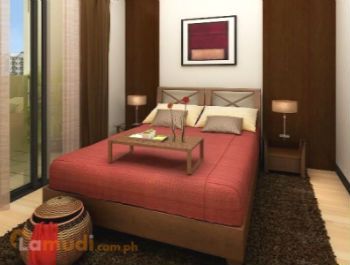 Other places often frequented by many include the Mutya ng Pasig Public Market, which is assumed to be the largest public market in the country. There is also the Philippine Sports Arena, previously known as the University of Life Theater and Recreational Arena or ULTRA, a venue for different entertainment and sports events, as well as a place to conduct personal athletic activities.

Apartment for Sale in Pasig City

An apartment is one of the better ways to get the most out of living in the highly developed Pasig City. There are many flats to choose from for those interested in buying one. In Arezzo Place, a rent-to-own apartment unit can cost for as low as PHP 2.23 million. East Raya Residences in Mercedes Avenue has flats that start from PHP 2.7 million. A two or three-bedroom row house in a 6.5 hectare estate can start from PHP 7.3 million in Ametta Place.

There is so much to see and do in Pasig, and that is why an apartment for rent or for sale would be the most cost-effective way to get the most of what the city has to offer. Traditional house and lots are usually priced at a premium in this popular city, and they are also usually located in more secluded areas. A flat on the other hand, provides a good amount of living space at an affordable price while being within walking distance to key commercial areas.

Find Other Properties in Pasig