House and lot For Rent in Metro Manila

Alabang, Muntinlupa
This four-bedroom, four-bathroom house and lot for rent is located in Alabang Hills Village, one of the most highly sought-after gated communities in the south of Metro Manila. This property has a den on the first level that can be converted into a home office or family/entertainment room, a maid's quarter with its own bathroom, a balcony, a laundry area with washer and dryer, a two-car garage, swimming pool, and ample outdoor spaces. The living and dining rooms have marble flooring, while bedrooms feature hardwood parquet flooring. All bedrooms have air-conditioning units already installed.
₱ 120,000
4
Bedrooms
347 m²
Floor area
500 m²
Land Size
View Info
Contact Agent

For Lease: Townhouse in Mahogany Place 2

Dasmariñas, Makati
Welcome to this beautiful Mediterranean-inspired villa! If you prefer a home that exudes a certain dignified air, that is timeless and elegant, with gorgeous narra floors and beautiful wooden accents throughout, generous indoor and outdoor space, then this classy home may just be what you are looking for. This house may look quite grand but does not feel intimidating. With a total of 4 bedrooms, a big office/den, formal living and dining rooms, a country-style inspired family kitchen, a big porch overlooking the sprawling garden and pool, this home truly offers more than enough space for comfort and relaxation, family bonding, indoor or outdoor entertaining, and working or studying from home as needed. QUICK DETAILS: · Split-level bungalow, newly-renovated · Lot Area      :  approx. 1,478 sqm · Floor Area   :  approx. 600 sqm · 3 Bedrooms with en suite bath at upper level · 1 Guest room (with separate entrance) with bathroom and kitchenette · Big office/den with powder room · Formal living room with access to the lanai · Formal dining room · Very spacious lanai/porch · Family kitchen · Auxiliary kitchen/utility area · Big swimming pool · Big garden in the backyard and in front yard · Maids’ room and bathroom · Driver’s room and bathroom · 2-car Garage plus 8 in driveway area · Property comes with air conditioners Note: Property details are deemed reliable but not guaranteed, and are subject to verification. PRICE and TERMS: PHP 400,000.00 rent per month + VAT 12 months advance rent, 2 months security deposit Minimum of Two (2) Years contract.  Longer term preferred. Note: Price and availability are subject to change. Please contact us for the updated status. Please contact us for more listings. Property showing can be arranged for serious, direct tenants. Please contact me. Thank you. DASMARIŇAS VILLAGE in Makati City is one of the most exclusive and well-secured residential estates in Metro Manila, Philippines. In this village live many of the country’s wealthiest families, foreign dignitaries, and expatriate executives of top companies. Within 5 to 10 minutes’ drive from this subdivision is the Ayala Business District, home of top corporations’ offices, major shopping centers, 5-star hotels, and other cosmopolitan lifestyle amenities and facilities. Also nearby is the Bonifacio Global City (Taguig City), touted to be the most modern and skilfully-planned business and residential district in the country. An exclusive school, Colegio San Agustin - Makati, is located inside this Village. And within minutes away from the subdivision are various international schools and other prestigious educational institutions. For medical emergencies, top hospitals St. Luke’s Medical Center and Makati Medical Center are several minutes away.
₱ 400,000
4
Bedrooms
600 m²
Floor area
1478 m²
Land Size
View Info
Contact Agent

Bel-Air, Makati
This Two-story house and lot for rent have four bedrooms, each of which has its own en-suite bathroom. It also has a den on the ground floor, a powder room, air-conditioning units installed in all bedrooms, a swimming pool, a three-car garage, and separate maid's and driver's bedrooms with their own toilet and bath.
₱ 250,000
4
Bedrooms
425 m²
Floor area
500 m²
Land Size
View Info
Contact Agent

Ayala Alabang, Muntinlupa
This spacious two-story townhouse for rent is located in Kalipayan Homes, Alabang Hills, Muntinlupa. This property has a maid's room on the first floor with its own toilet and bath, a service kitchen (dirty kitchen) and laundry area, dining room, living room, lanai, powder room, and a two-car garage. A masters bedroom with its own bathroom and two additional bedrooms with a shared bathroom are found on the second floor. Finally, it has an attic with an additional bathroom. Its monthly rent includes VAT and association dues. House property for rent in Cupang, Muntinlupa, Metro Manila
₱ 65,000
4
Bedrooms
289 m²
Floor area
153 m²
Land Size
View Info
Contact Agent

Greenmeadows Property House and lot for lease in Quezon City!

House and Lot for Lease in Merville Subdivision, Paranaque 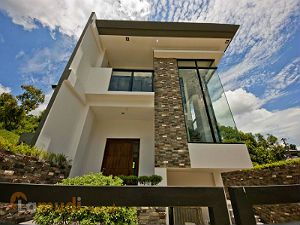 Living in the Philippines’ Economic and Political Center

Everybody knows that as the Philippines’ economic, political, cultural, and educational center, Metro Manila is the country’s most important metropolis. What many may not know, however, is that it is not a single political entity. It is made up of 16 cities and one municipality, each with its own elected leaders, lawmakers, and local councils.

Manila is the capital, the seat of government, and home to the Supreme Court of the Philippines and the Office of the President. Makati, Mandaluyong, Pasig, Quezon City, and Taguig are the economic powerhouses and the locations of some of the country’s biggest business districts.

Caloocan, Las Piñas, Malabon, Marikina, Muntinlupa, Navotas, Parañaque, San Juan, Taguig, and Valenzuela round up the capital, along with the lone municipality of Pateros.

Despite the sheer size and density of Metro Manila, it’s still fairly easy to navigate, with plenty of transportation options to choose from. There are also several infrastructure projects in the works that will make the region and the many options for a house and lot for rent in Metro Manila even more accessible, such as the Metro Rail Transit Line 7, Metro Manila Subway, and the North-South Commuter Railway Extension Project.

The Heart of the Country

There are numerous reasons why many visit, live, or move to a house and lot for rent in Metro Manila. And there are just as many residential properties where one can stay, from bed spacing facilities to houses and lots. For career-driven individuals, central business districts (CBDs) are the places to go to if you want to work for the many multinational and Fortune 500 companies there. These CBDs include the Makati CBD, Ortigas Center in Pasig and Mandaluyong, Bonifacio Global City in Taguig, and Alabang in Muntinlupa.

Furthering one’s education is another reason to live in a house and lot for rent in Metro Manila, as it has many of the country’s top educational institutions, including the University of the Philippines (UP) and Ateneo de Manila University (ADMU) both in Quezon City; De La Salle University (DLSU), UP Manila, and University of Santo Tomas (UST) in Manila; and the University of Asia and the Pacific (UA&P) in Pasig.

Similar to how people from all over the country converge in the capital, so too do the many cultures present in the Philippines. One can readily experience a small part of another local culture through the metropolis’ diverse cuisine. There are numerous foodie-friendly communities to visit in the capital, and one would find that the culinary offerings here are as diverse as the people who flock to them.

In Quezon City, Sikatuna Village’s Maginhawa Street (as well as the neighboring lanes) is known for housing hundreds of restaurants with its main crowd largely composed of students from the nearby UP Diliman and ADMU. In Parañaque City, the famous Aguirre Avenue is the gastronomic hub to hit in the south. Moreover, many banchetto-style pop-up eateries, such as those in Mandaluyong and Pasig are also known to draw the hungry masses.

For those seeking to enrich their cultural knowledge, various centers are established within the Metro, ready to enlighten audiences about the history and traditions of the Philippines. Located between Manila and Pasay, the Cultural Center of the Philippines is widely known for hosting cultural shows featuring both local and international performers. Also in Manila are the National Library containing over 1.6 million books, journals, newspapers, recordings, microforms, and other forms of media, and the National Museum, which is divided into four branches: the National Art Gallery, the Museum of the Filipino People, the Planetarium, and the Regional Museums.

Finding one’s way to a house and lot for rent in Metro Manila is incredibly easy thanks to the numerous transportation options you have available to those seeking to put their roots down in the city.

Those traveling by air will arrive at either of the two main airports that serve Metro Manila: the Ninoy Aquino International Airport and the Clark International Airport in Pampanga. From these airports, one can take a private car, taxi, bus, jeepney, or train to get to wherever they need to go in the metro.

Traveling by boat or ferry is also possible, with many travelers who use this mode of transportation docking at the Port of Manila in the city of Manila. The dock has two sections: the North Harbor near Pasig River in Tondo and the South Harbor near Intramuros and Ermita. There are also docks beside the Cultural Center of the Philippines (CCP) in Pasay City and the SM Mall of Asia.

The most common way to reach Metro Manila is by traveling through its extensive road network since it’s at the center of the Philippine highway system and most roads lead towards the city of Manila. The two main road arteries that feed into Manila from most provinces are the South Luzon Expressway (SLEX) and the North Luzon Expressway (NLEX). There’s also the Manila-Cavite Expressway that links Metro Manila and Cavite, the MacArthur Highway, the Asian Highway 26, and the Manila East Road, among many others.

One can take a bus or private car to get to Metro Manila via these road networks. Most provincial buses will arrive at any of these bus terminals:

House for Rent in Metro Manila: Know Your Options 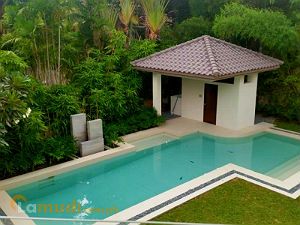 Parañaque is another perfect location for people looking for a house and lot for rent in Metro Manila. Situated south of Makati near the airport, Parañaque’s numerous subdivisions and gated communities offer houses for every possible budget, including Merville Park, Moonwalk Village, Multinational Village, and BF Homes (considered by many to be the largest subdivision in Asia).

No matter the living arrangement, there are many houses available for rent in the nation’s capital region. Whether it is for short-term, long-term, or rent to own, living in the Metro is an assurance of a cosmopolitan lifestyle that can rival other major cities in Asia.

Find Other Properties in Metro Manila